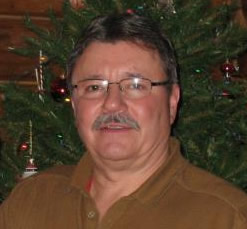 Jeff Bluske was first hired by La Crosse County in August 1975 as their Real Property Lister. He rose through the ranks in the county, where he eventually became the director of the Zoning, Planning & Land Information Department. A longtime fixture and pioneer in the Wisconsin land information community, Jeff officially retired on January 6th, 2012. He graciously agreed to be the subject of this interview, and reflect on his career and the many changes he’s seen over the years.

How did you first become involved in mapping and land information?

I first became interested in mapping and land information prior to being hired by the county. I created a plat book for a local title company where I later became an Abstractor and Title Insurance Agent. Naturally this vocation dealt with many pieces of information dealing with land and personal property, such as deeds, mortgages, satisfactions, probate, divorces, lis pendens and construction instruments.

What do you consider to be some of your proudest professional achievements?

One of my proudest achievements was creating the first computerized mapping system for the county in the late 1980’s on a WANG computer platform. I still say today that system was much better and much easier to use than the Esri platform. Much of Europe used Dr. Wang’s software but from what I understand there was a lack of software maintenance in this country to keep it going. Also being a charter member of WLIA, I was the first in the county to draft a Land Records Modernization Plan by interviewing each agency/department that dealt with any aspect of land records to see if they created land information, used it, or needed it. Boy did I find out there was duplication and a huge need for sharing information. Maybe the second best achievement was creating the first Land Use PLAN F for the county in early 2000 before the state passed its own version requiring smart growth and land use plans.

Obviously you’ve seen a lot of changes over the course of your career. What sticks out in your mind?

As a department head, I had the opportunity to make many changes within the department. Many counties have used the model we created. The position of Land Information Officer was combined with that of the Real Property Listing division. Then in 1993 I combined those functions with Zoning and later added the first County Planner to the department, making an efficiency that has saved the county over $200,000 per year. During this time frame the county created its first Web site which added our land records and mapping to it. Prior to the county adding mug shots of prisoners to the Web site, our land records site had the highest number of hits. Go figure, what’s more important to people now days?

It took an incredible amount of work by many dozens of individuals to establish the Wisconsin Land Information Program (WLIP) back in the 80’s. You were deeply involved in that effort. What challenges do you see for governments in the future?

It seems as though government is always looked upon to have all the answers, especially when there are tax dollars involved. Creating land records modernization was a monumental undertaking. It was the “perfect storm” to tame at the time. La Crosse County had tackled many other aspects of government that needed looking at such as justice sanctions and looking at other alternatives to incarceration; combining with many other county nursing homes to save money; and, creating its own computer/information technology department to serve departmental hardware, software and virus protection needs. Could other counties do the same? Sure they could, they just need heroes like us when we tackled land records.

In the future, I see the need for much more regionalism for police and fire protection, road maintenance as well as combining governments and eliminating some of the local units that are too small to operate effectively. There is way too much duplication of governmental efforts that should be eliminated. It’s way overdue.

As you look at the current state of affairs of Land Information in Wisconsin, does anything cause you to have concerns for the future?

As I look to the future, I see the increased need to share and receive information from the local assessors. This information should be collected once and maintained as other records are. There is such a waste of time, energy and money to have municipalities reassessed every 5-7 seven years and to create new information all over again. I sincerely hope the Wisconsin Land Information Association (WLIA) gets the assessors involved in bringing assessors into the 21st century.

Do you have suggestions for anyone just getting started in their GIS/land information career?

Anyone getting into GIS or Land Information has to be passionate and know their technology, not just the basics either. Land Records is not a proving ground or a place to learn what you are required to do. Higher education must include more than geography. Look to surveying, law, interpretation, senior title, addressing, index systems and common information ties.

What do you look forward to in retirement?

I don’t look to retirement to settle down. I have missed many fishing, hunting, camping, and travel trips. I’ve taken up photography, learning French, and creating our family tree. A motor home is in the works to help with all of the above. My wife and I both love to travel so visiting each continent is also a goal. My immediate plans are to go back to France this April to help our daughter with a huge remodel of a villa they purchased 2 years ago near the French Rivera.

With that, I’d like to say thank you to everyone I have meet in my life with the County. Promote yourselves and good government. Make it better than you found it!

On behalf of everyone at the SCO, I wish Jeff the very best in his next big adventure!