At that time, the SCO was on the first floor of Science Hall. Staffing in the early years of the office consisted of the State Cartographer, a specialist, and part-time student hourly clerical assistance. Brenda is the only SCO employee to work alongside all three Wisconsin State Cartographers: Art Ziegler (retired in 1990), Ted Koch (retired in 2009), and me (Howard Veregin). She holds the record for the longest-serving SCO employee of all time.

Brenda began her career as a typist. Over the years she moved into increasingly technical areas as her position and responsibilities have grown and evolved. Over time her job titles have progressed from Administrative Assistant to IS Resource Support Technician to IS Data Services Professional. There are probably a number of other titles along the way that are now lost to history.

One thing that is remarkable about Brenda is that she has learned and honed her technical skills on the job. She does not have formal training in GIS or cartography. Her success and longevity reflect her internal drive to be successful and to accept challenges head-on. Those who know Brenda will agree that she exemplifies the words “tenacious” and “persevering”.

Brenda is also utterly dedicated to the State Cartographer’s Office and the university. She is committed to ensuring that the SCO continues to grow, evolve and adapt to new challenges. And she is always striving to ensure that the office is “doing the right thing” and serving the citizens of the state in important ways.

Brenda continues to be a bright spot in the history of the SCO and the geospatial community in the state. She has done much to bring together the state’s surveying and GIS communities in ways that are the envy of other states.

So please join me in congratulating Brenda on her 40th anniversary. Hopefully she will stick it out for many more years!

Here are some pictures of Brenda over the years. There are not too many of them, as she tends to be the one taking the pictures rather than being the subject. If you have more photos of Brenda you’d like to share, send them along to me. 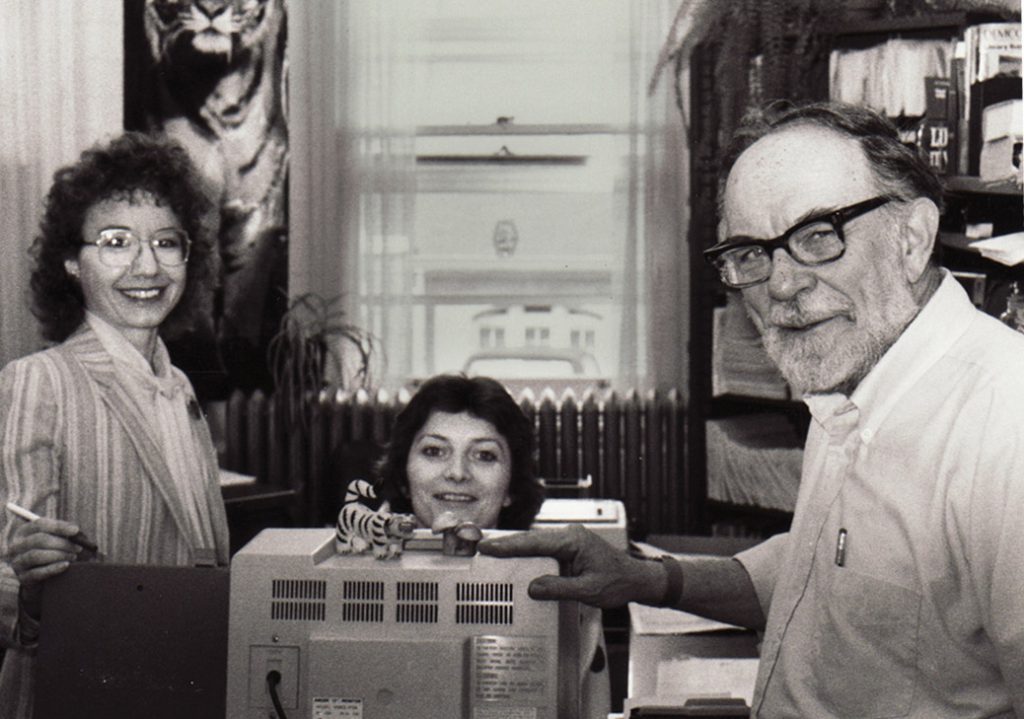 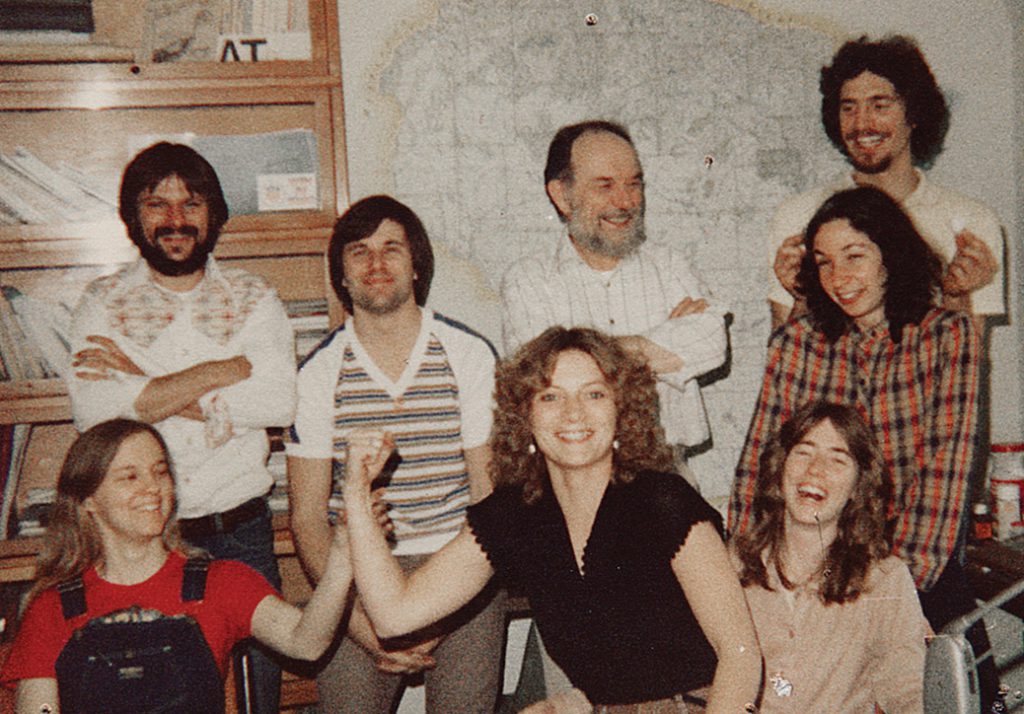 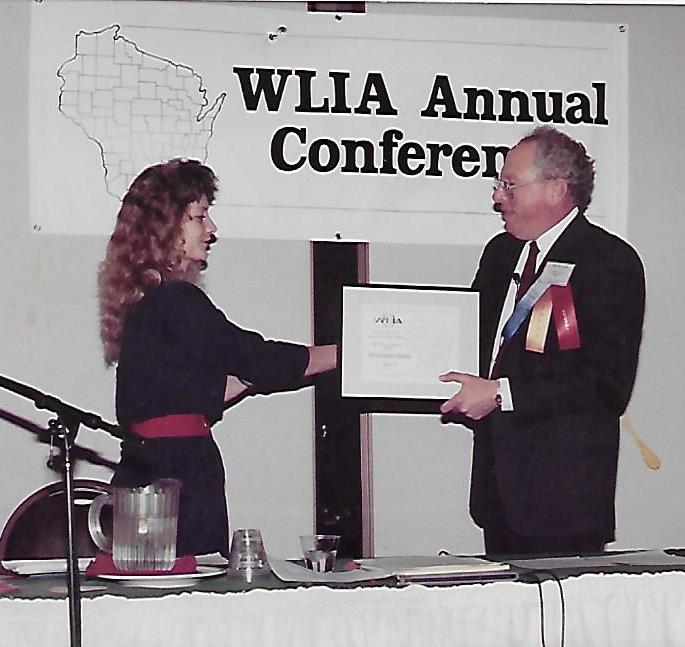 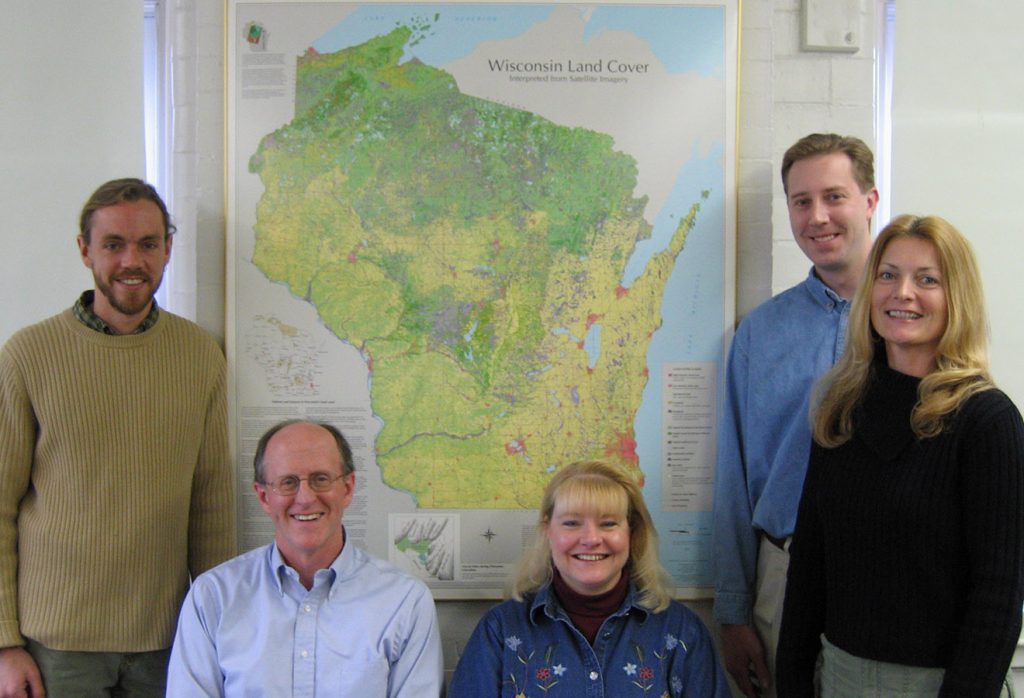 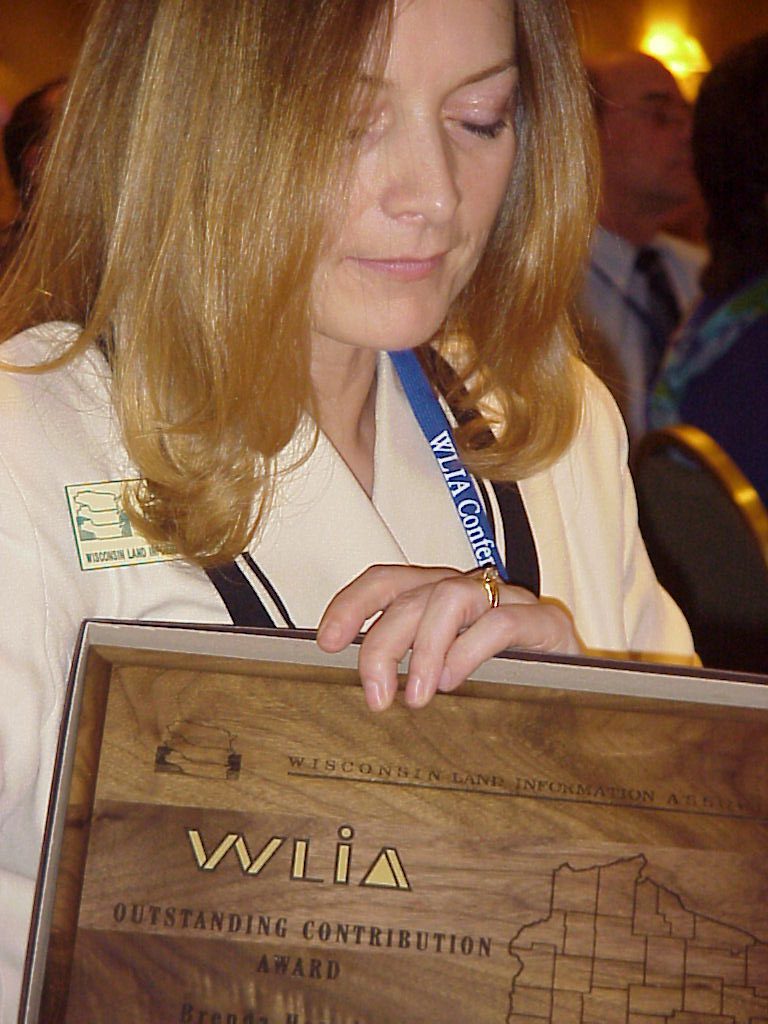