Dr. James Kroll, a Texas-based deer management consultant, was commissioned by Governor Scott Walker last October to analyze how the Department of Natural Resources can better manage Wisconsin’s large whitetail deer population, and by extension, the state’s estimated $1 billion deer hunting industry. After many months of work, Kroll’s final recommendations were released to the public on July 10th. Geospatial technology and data are mentioned in numerous places throughout the report.

Kroll, commonly referred to as “Dr. Deer” or the “Deer Czar” in some circles, concludes Wisconsin has fallen behind as an innovator in geospatial information services due to the lack of a coordinated program and adequate funding. Among his observations:

“The State’s geospatial database system is woefully inadequate to support, not only for wildlife and deer management, but also for many critical services. This is particularly true for economic development, emergency planning and response, and critical services for citizens.” (Page 17)

“Although the WDNR does have a GIS program, there is no statewide, seamless Geographic Information System (GIS), with layers (land cover, natural resources, critical infrastructure, public safety, etc.) of up-to-date information, which provides universal two-way access to Wisconsin’s agencies, particularly in this case the WDNR.” (Page 17)

In his discussion of the models used by the DNR to estimate deer populations, he notes “the data being used to define deer range was significantly out of date.” (Page 63) This is a presumed referenced to the statewide WISCLAND landcover dataset created from Landsat satellite imagery the early 1990’s.

“There is a significant need to modernize the GIS and GPS technologies of Wisconsin, particularly as they are used by professional resource managers. […] We also found little evidence of cooperative efforts in data acquisition and sharing between state agencies and no centralized system for coordinating these and other activities.” (Page 64) 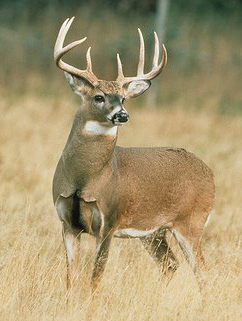 The report goes on to describe in some detail the Texas Natural Resources Information System (TNRIS), and their “StratMap” strategic mapping program— a program established in 1997 as a “cost-saving measure to produce, maintain and enhance statewide digital geographic data layers.” The authors note “the economic value of the Texas system has been exceptional, with a high cost to economic benefit ratio and leveraging of state resources.” Through TNRIS, public and private users have easy access to geospatial data layers developed under the StratMap program.

Although his assessment of Wisconsin’s geospatial landscape could be viewed as highly negative to outsiders, Dr. Kroll’s conclusions are not new to most GIS professionals working in the state. Perhaps the report will bring some needed attention to the issues, particularly at high levels in state government.

Kroll’s fundamental recommendation to address the weaknesses he observed is the creation of a “statewide geospatial information system, similar to that developed for Texas,” that would provide “seamless support to all state resource managers across agencies.” (page 66) He estimates a geospatial service center would cost $2-3 million to develop. No further details are provided.

How the authors propose to fund the recommended system/service center is somewhat left to interpretation. The report states, “Funding for these activities should arise from fees assessed by stakeholders and landowners using these data and services, as well as grants and contracts for various state agency activities.” This broad statement implies such a system would operate under a cost-recovery model, but clearly an endeavor such as the one proposed would require significant research and analysis to get off the ground, including a study of the funding model to be used.

One statement in the report did catch a few of us by surprise— specifically the mention of the State Cartographer’s Office (SCO) in relation to the proposed statewide geospatial information system. In their discussion, the authors recommend that the system be coordinated by the SCO. We are wondering how and if we might be called on to assist with this effort (and by whom).

While the mention of the SCO in this role caught us by surprise, we do support the goal of an integrated data infrastructure for the state to support effective management of natural resources and efficient governance. In the meantime we welcome your thoughts and opinions on the specifics of the report, and more generally the future of geospatial information services in the state.

There is much uncertainty over how, or when, any of the deer management-related recommendations will be implemented, and the same holds true for the geospatial aspects of the report as well. I expect the next few months will be interesting as the recommendations are more carefully studied. Until then, stay tuned!