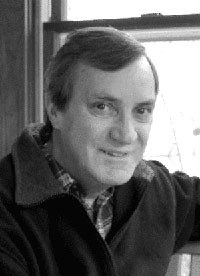 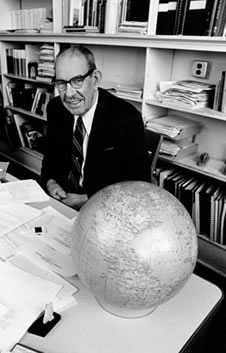 As reported in the August edition of the Mapping Bulletin, David A. Woodward, a distinguished teacher, researcher, and author passed away on August 25th, 2004.

We are also sad to report that Emeritus Professor Arthur H. Robinson died on October 10, 2004, after a brief illness. Robinson influenced several generations of cartography students who themselves became leaders in the field.

Arthur Robinson started his mapping career in 1941 while working for the Office of Strategic Services (OSS), the forerunner of the CIA, as the Chief of the Map Division. He oversaw many types of cartographic work, including the preparation of nearly 5,000 maps in support of the war effort. Among his many impressive achievements, Dr. Robinson is perhaps most widely known as the creator of the Robinson Projection, a map projection that he referred to as “a portrait of the earth.” Robinson was also one of the primary authors of Elements of Cartography. After going through six editions, this text is still used in classrooms today.

Robinson was a key player in the formation of the State Cartographer’s Office in 1974. Read more about the history of the SCO in the Summer 2003 issue of the Mapping Bulletin.

The University of Wisconsin-Madison Department of Geography hosted a memorial gathering and career celebration on November 19, 2004 in the Arthur H. Robinson Map Library in Science Hall to honor the lifetime contributions of Robinson and Woodward. Gary Sandefur, Dean of the UW-Madison College of Letters and Science, and Dr. Joel Morrison, former director of the Center for Mapping at Ohio State University spoke at the well-attended gathering.