Northwest Group, the contractor selected to acquire aerial imagery over Wisconsin as part of the 2013 National Agriculture Imagery Program (NAIP) has already made great progress this summer.

As of today, the majority of the state has been flown.  Only portions of Douglas, Burnett, Polk, Barron, St. Croix, and Pierce counties remain (see graphic below).  The flying season for Wisconsin is officially June 20 through August 30, but it appears Northwest is on track to finish their flights sooner than the late August deadline.

Although the data acquisition phase in nearly complete, it will likely be several months before the final imagery is processed and then made available on the WisconsinView.org site.  As in the past, the final leaf-on product will have a 1-meter spatial resolution, tiled by counties in a compressed MrSID format. 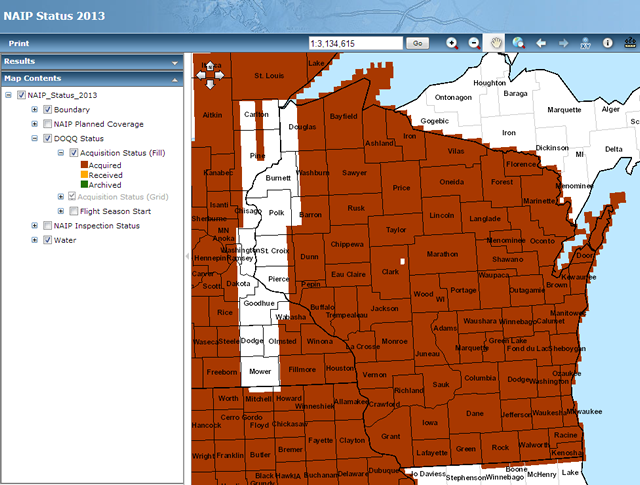