At the virtual Geospatial Summit on May 4-5, 2021, the National Geodetic Survey (NGS) provided an update on its plans and schedule for modernization of the National Spatial Reference System (NSRS). 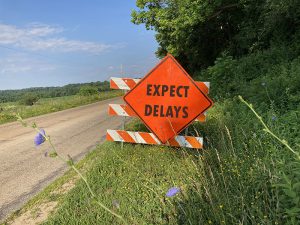 Details were provided by Dru Smith, NGS’s NSRS Modernization Manager. His presentation is available here, along with the other presentations given at the Summit.

As noted in an earlier SCO article, NGS first issued a delay announcement in June 2020. In that announcement, NGS indicated that “it is not out of the question to consider a complete roll-out of the modernized NSRS to be somewhere in the 2024–2025 timeframe.”

In his Geospatial Summit presentation, Smith states that at current funding and staffing levels, NSRS does not know when modernization will be complete, but it is expected to be sometime after 2025. He cites the following factors behind the delay: government shutdowns, “final clarity on the complexity of the task,” loss of personnel, and “2020.”

Smith notes that NGS will build an “thin” alpha version of the modernized NSRS in the next two years, by loading every existing piece of data into the NSRS database as soon as possible. This is not a phased rollout, but more of a demo version so that users will be able to become familiar with the new system. The alpha version will be based on an interum geoid model, provisionary coordinate functions and velocity models, and an incomplete set of Reference Epoch Coordinates (RECs) and Survey Epoch Coordinates (SECs). (Terminology explained here.)

There will also be a phased rollout of OPUS 6 starting later in 2021. (OPUS is NGS’s Online Positioning User Service, providing access to high-accuracy NSRS coordinates.)

Despite the delay in the rollout, NGS still plans to create a 2020.00 Reference Epoch. New epochs will be defined every 5 to 10 years to provide a stable snapshot of NSRS at regular intervals, to be achieved through a massive nationwide adjustment of RECs (geometric, orthometric and possibly gravimetric). An ongoing process will then be used to regularly create RECs for new points that do not have a REC in the current Reference Epoch.

Another change noted by Smith is that OPUS will have more flexibility to accomodate passive control. The OPUS tool will be set up to provide recommendations to guide users so that their coordinates will be tied to the NSRS. For leveling and classical surveying projects, use of passive control as constraints, or use of no constraints, will generally not be an OPUS recommendation.

For readers who want more of the gritty details on geometric and geopotential data, you can find revised versions of Parts 1, 2 and 3 of the NGS Modernization Blueprint documents here.